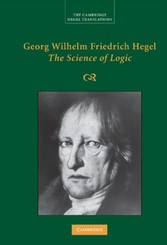 This translation of The Science of Logic (also known as 'Greater Logic') includes the revised Book I (1832), Book II (1813) and Book III (1816). Recent research has given us a detailed picture of the process that led Hegel to his final conception of the System and of the place of the Logic within it. We now understand how and why Hegel distanced himself from Schelling, how radical this break with his early mentor was, and to what extent it entailed a return (but with a difference) to Fichte and Kant. In the introduction to the volume, George Di Giovanni presents in synoptic form the results of recent scholarship on the subject, and, while recognizing the fault lines in Hegel's System that allow opposite interpretations, argues that the Logic marks the end of classical metaphysics. The translation is accompanied by a full apparatus of historical and explanatory notes.