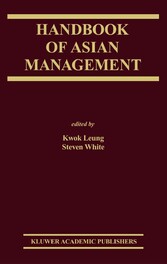 Diversification has long constituted an important position in both firm strategic management practices and academic research (Ansoff, 1965; Argyres, 1996; Chandler, 1962; Hill, Hitt and Hoskisson, 1992; Palich, Cardinal, and Miller, 2000; Rumelt, 1974; Ramanujam and Varadarajan, 1989; Williamson, 1975). Students of economics and strategic management have developed various theories and perspectives to examine corporate activities relevant to firm diversification (Brush, 1996; Ramanujam and Varadarajan, 1989; Reed and Luffman, 1986; Rumelt, 1974). However, despite diversification being wellresearched in Western countries, the topic as an academic inquiry is relatively new in Asia, where environments and business systems have characteristics considerably different from Western society. For example, in contrast to advanced market economies in the West where governments were usually kept away from market, most Asian countries adopted an ‘other directed’ development strategy in which governments consciously controlled and promoted economic development through policy, regulations, and/or even direct administrative intervention, such as state plans (Berlinger, 1966). In addition to the distinctiveness of Asian societies vis-à-vis those of the West, there is also great variation among Asian countries themselves. Take an example of GDP per capita. In 2000 Japan, Hong Kong and Singapore entered into the top twenty GNI per capita in the world, varying between $34,210 and $24,740. At the same time, two Asian countries with the largest population in the world, the People’s Republic of China (the PRC) and India, had GNI per capita of $840 and $460. A gap exists not only between different countries but also across regions which share similar cultural inheritances. For instance, mainland China, Hong Kong and Taiwan were assumed to operate within Greater China Economic Zone where Chinese traditional culture dominated in social norms and values system. In 2000 GNP per capita in Taiwan and Hong Kong exceeded $14,000 and $24,000, more than 60 and 180 percent over that in mainland China. There is also variation in the economic environments within the Greater China Economic Zone. Taiwan and Hong Kong have had a relatively developed market economy and their governments were largely kept away from business operations. By contrast, in mainland China the overall economic institution is in a transition from a centrally planned economy to a market one. A major characteristic of a transition economy is that the government exerts a strong influence over both macro and micro economic activities by allocation of resources allocation and control of or even direct administrative intervention in business organizations (Chen, 1995; Redding, 1990).

These differences between Western and Asian societies, and among Asian societies, have suggested many questions to scholars studying diversification. For example, does diversification in Asia exhibit the same or similar characteristics as that in Western countries if there are distinctive differences between the two societies? Are Western theories appropriate to the study of firm diversification in Asia? Does the research of Asia’s diversification require new context-specific design for the purpose of testing the limits of Western theories and conclusions? Furthermore, given the great discrepancy across Asian countries, will such inter-societal variance within Asia cause organizational differences in terms of firm behavior?

In this chapter we review previous studies of corporate diversification in seven major Asian countries and areas, including mainland China, Taiwan, Hong Kong, Japan, South Korea, Singapore and India. It begins with a brief review of Western theories of firm diversification. The second section will introduce findings from a literature survey of existing empirical studies in the seven Asian countries and areas. Building on literature survey findings, we will in the third section attempt to identify distinctive characteristics of firm diversification in Asia. The final section suggests directions for future research in this subject.