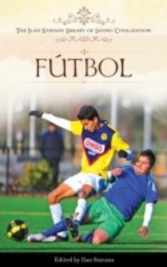 In contrast with its relative lack of popularity in the United States, elsewhere, professional soccer is a hugely popular sport whose key players rival movie stars in popularity and influence. For many Latinos, especially those who emigrated to the United States, it is the game of choice. While Latino players are still not a major force in U.S. soccer, Latino fans certainly are, comprising, by one estimate, 45 percent of Major League Soccer attendees.Seeking to explain the allure and the influence of soccer among Latinos, particularly those living in the United States, Futbol offers a collection of essays that treat the game from a wide variety of perspectives. These essays-including reminiscences and impressionistic assessments-touch on topics as diverse as politics, religion, sociology, marketing, athletics, and gender relations as they attempt to contextualize soccer in the Latino community.