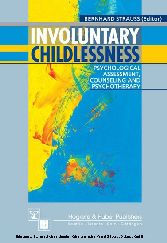 The Unfulfilled Desire for a Child of Oriental Couples – Infertility Counseling and Treatment of Turkish Immigrants in Germany (p. 51-52)

In the discussion of appropriate medical and psychosocial care, the consideration of the ethnic and sociocultural marked attitudes, and expectations of the patients are of great significance.

In the Federal Republic of Germany, the Turkish population represents the largest immigrant group, numbering around two million people. They usually live in big cities and population centers. Since birth rates are higher among Turkish immigrants than among German women, institutions of obstetrics and gynecology are frequented more by Turkish people. Sterility consultations are also in increasing demand by Turkish couples.

This chapter focuses on the counseling and treatment of Turkish couples with a desire for children, as they often present particular problems for clinicians. Due to sociocultural conditions related to origin and immigration, the meaning of an unfulfilled wish for children is different and more complicated for Turkish couples than for German couples. It is often not easy for therapists to comprehend the specific form of the foreign couple’s desire for a child. Frequently there are also language comprehension problems, so that communication with the couples is impeded. Even when comprehension of the language is good, misunderstandings can arise from differing sociocultural contexts.

In order to overcome these problems and to develop an adequate approach for counseling, diagnosis and therapy, a closer consideration of the psychosocial situation, the specific motivation for a child and the medical idiosyncrasies of this patient group is helpful. Knowledge of the respective legal residency status is imperative, as absorption of the costs of treatment and the length of stay of the patients in Germany are dependent on these basic conditions. These conditions will only be examined in the following text, if they are meaningful for the understanding of the psychosocial situation of the patients.

2 The Psychosocial Situation of Turkish Immigrants in Germany

- The first generation of immigrants:
The large majority of Turkish people in Germany originally came from rural, unindustrialized regions of Turkey, where Islamic-patriarchal societal norms and values predominated. They came in the first phase of immigration in order to insure the subsistence of their family and to enable its social advancement. As a rule, through their continuing stay in the Federal Republic, they were able to improve their economic situation, but not their social status in comparison with their situation in the country of origin. In terms of employment, income, education and living situation, immigrants are usually living in more deprived circumstances. Meanwhile, this first generation of immigrants is increasingly reaching retirement age. The dream of returning to their homeland after retirement is very common, but seldom actually realized. The older generation is compelled to stay in the country of immigration because their descendants live in Germany and because of infirmity or sickness.

- The second generation of immigrants:
The children of the first generation came as children to Germany or were born here. At least a part of their time at school was spent in Germany, so that, in most cases, there is a good understanding of the German language. The second generation has to confront the problems of differing social values and norms. They experience transcultural upheaval, and have to struggle with the question of their cultural identity.

- Third generation:
This generation grows up in Germany, and also face the problem of differing values, as well as the question of identity. Language difficulties are rarely present because they have learned the German language as children whilst attending kindergartens and schools. However, there are certain family situations in which third generation children enter school without any knowledge of German, and consequently are disadvantaged in their educational opportunities.

- "Extended" second generation of immigrants:
Members of this group are born in Turkey and marry a Turkish partner who is already living in Germany. They know little about the German language, do not hold a work permit, and their residency permit is restricted in its length. Their lack of employment limits their contact with the German population.