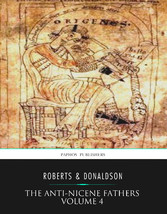 Why, now, if the Roman fashion is (social) salvation to every one, are you nevertheless Greek to a degree, even in points not honourable? Or else, if it is not so, whence in the world is it that provinces which have had a better training, provinces which nature adapted rather for surmounting by hard struggling the difficulties of the soil, derive the pursuits of the wrestling-ground-pursuits which fall into a sad old age37 and labour in vain-and the unction with mud,38 and the rolling in sand, and the dry dietary? Whence comes it that some of our Numidians, with their long locks made longer by horsetail plumes, learn to bid the barber shave their skin close, and to exempt their crown alone from the knife? Whence comes it that men shaggy and hirsute learn to teach the resin39 to feed on their arms with such rapacity, the tweezers to weed their chin so thievishly? A prodigy it is, that all this should be done without the Mantle! To the Mantle appertains this whole Asiatic practice! What hast thou, Libya, and thou, Europe, to do with athletic refinements, which thou knowest not how to dress? For, in sooth, what kind of thing is it to practise Greekish depilation more than Greekish attire?

The transfer of dress approximates to culpability just in so far as it is not custom, but nature, which suffers the change. There is a wide enough difference between the honour due to time, and religion. Let Custom show fidelity to Time, Nature to God. To Nature, accordingly, the Larissaean hero40 gave a shock by turning into a virgin; he who had been reared on the marrows of wild beasts (whence, too, was derived the composition of his name, because he had been a stranger with his lips to the maternal breast41 ); he who had been reared by a rocky and wood-haunting and monstrous trainer42 in a stony school. You would bear patiently, if it were in a boy's case, his mother's solicitude; but he at all events was already be-haired, he at all events had already secretly given proof of his manhood to some one,43 when he consents to wear the flowing stole,44 to dress his hair, to cultivate his skin, to consult the mirror, to bedizen his neck; effeminated even as to his ear by boring, whereof his bust at Sigeum still retains the trace. Plainly afterwards he turned soldier: for necessity restored him his sex. The clarion had sounded of battle: nor were arms far to seek. "The steel's self," says (Homer), "attracteth the hero."45 Else if, after that incentive as well as before, he had persevered in his maidenhood, he might withal have been married! Behold, accordingly, mutation! A monster, I call him,-a double monster: from man to woman; by and by from woman to man: whereas neither ought the truth to have been belied, nor the deception confessed. Each fashion of changing was evil: the one opposed to nature, the other contrary to safety.

Still more disgraceful was the case when lust transfigured a man in his dress, than when some maternal dread did so: and yet adoration is offered by you to me, whom you ought to blush at,-that Clubshaftandhidebearer, who exchanged for womanly attire the whole proud heritage of his name! Such licence was granted to the secret haunts of Lydia,46 that Hercules was prostituted in the person of Omphale, and Omphale in that of Hercules. Where were Diomed and his gory mangers? where Busiris and his funereal altars? where Geryon, triply one? The club preferred still to reek with their brains when it was being pestered with unguents! The now veteran (stain of the) Hydra's and of the Centaurs' blood upon the shafts was gradually eradicated by the pumice-stone, familiar to the hair-pin! while voluptuousness insulted over the fact that, after transfixing monsters, they should perchance sew a coronet! No sober woman even, or heroine47 of any note, would have adventured her shoulders beneath the hide of such a beast, unless after long softening and smoothening down and deodorization (which in Omphale's house, I hope, was effected by balsam and fenugreek-salve: I suppose the mane, too, submitted to the comb) for fear of getting her tender neck imbued with lionly toughness. The yawning mouth stuffed with hair, the jaw-teeth overshadowed amid the forelocks, the whole outraged visage, would have roared had it been able. Nemea, at all events (if the spot has any presiding genius), groaned: for then she looked around, and saw that she had lost her lion. What sort of being the said Hercules was in Omphale's silk, the description of Omphale in Hercules' hide has inferentially depicted.

But, again, he who had formerly rivalled the Tirynthian48-the pugilist Cleomachus-subsequently, at Olympia, after losing by efflux his masculine sex by an incredible mutation-bruised within his skin and without, worthy to be wreathed among the "Fullers" even of Novius,49 and deservedly commemorated by the mimographer Lentulus in his Catinensians-did, of course, not only cover with bracelets the traces left by (the bands of) the cestus, but likewise supplanted the coarse ruggedness of his athlete's cloak with some superfinely wrought tissue.

Of Physco and Sardanapalus I must be silent, whom, but for their eminence in lusts, no one would recognise as kings. But I must be silent, for fear lest even they set up a muttering concerning some of your Caesars, equally lost to shame; for fear lest a mandate have been given to canine50 constancy to point to a Caesar impurer than Physco, softer than Sardanapalus, and indeed a second Nero.51

Nor less warmly does the force of vainglory also work for the mutation of clothing, even while manhood is preserved. Every affection is a heat: when, however, it is blown to (the flame of) affectation, forthwith, by the blaze of glory, it is an ardour. From this fuel, therefore, you see a great king52-inferior only to his glory-seething. He had conquered the Median race, and was conquered by Median garb. Doffing the triumphal mail, he degraded himself into the captive trousers! The breast dissculptured with scaly bosses, by covering it with a transparent texture he bared; punting still after the work of war, and (as it were) softening, he extinguished it with the ventilating silk! Not sufficiently swelling of spirit was the Macedonian, unless he had likewise found delight in a highly inflated garb: only that philosophers withal (I believe) themselves affect somewhat of that kind; for I hear that there has been (such a thing as) philosophizing in purple. If a philosopher (appears) in purple, why not in glided slippers53 too? For a Tyrian54 to be shod in anything but gold, is by no means consonant with Greek habits. Some one will say, "Well, but there was another55 who wore silk indeed, and shod himself in brazen sandals." Worthily, indeed, in order that at the bottom of his Bacchantian raiment he might make some tinkling sound, did he walk in cymbals! But if, at that moment, Diogenes had been barking from his tub, he would not (have trodden on him56 ) with muddy feet-as the Platonic couches testify-but would have carried Empedocles down bodily to the secret recesses of the Cloacinae;57 in order that he who had madly thought himself a celestial being might, as a god, salute first his sisters,58 and afterwards men. Such garments, therefore, as alienate from nature and modesty, let it be allowed to be just to eye fixedly and point at with the finger and expose to ridicule by a nod. Just so, if a man were to wear a dainty robe trailing on the ground with Menander-like effeminacy, he would hear applied to himself that which the comedian says "What sort of a cloak is that maniac wasting? "For, now that the contracted brow of censorial vigilance is long since smoothed down, so far as reprehension is concerned, promiscuous usage offers to our gaze freedmen in equestrian garb, branded slaves in that of gentlemen, the notoriously infamous in that of the freeborn, clowns in that of city-folk, buffoons in that of lawyers, rustics in regimentals; the corpse-bearer, the pimp, the gladiator trainer, clothe themselves as you do. Turn, again, to women. You have to behold what Caecina Severus pressed upon the grove attention of the senate-matrons stoleless in public. In fact, the penalty inflicted by the decrees of the augur Lentulus upon any matron who had thus cashiered herself was the same as for fornication; inasmuch as certain matrons had sedulously promoted the disuse of garments which were the evidences and guardians of dignity, as being impediments to the practising of prostitution. But now, in their self-prostitution, in order that they may the more readily be approached, they have abjured stole, and chemise, and bonnet, and cap; yes, and even the very litters and sedans in which they used to be kept in privacy and secrecy even in public. But while one extinguishes her proper adornments, another blazes forth such as are not hers. Look at the street-walkers, the shambles of popular lusts; also at the female self-abusers with their sex; and, if it is better to withdraw your eyes from such shameful spectacles of publicly slaughtered chastity, yet do but look with eyes askance, (and) you will at once see (them to be) matrons! And, while the overseer of brothels airs her swelling silk, and consoles her neck-more impure than her haunt-with...