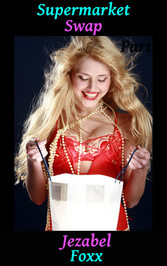 Jen was just stopping by the local supermarket to pick up some groceries for her girlfriend, Dixie when she realized that she had forgotten to take her medicine before leaving work. She doesn't realize it until it's too late, but her pill gets mixed up with a gender swap pill.


How will Jen's girlfriend, Dix, react to her new masculine physique?