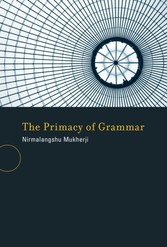 The contemporary discipline of biolinguistics is beginning to have the feel of scientific inquiry. Biolinguistics--especially the work of Noam Chomsky--suggests that the design of language may be 'perfect': language is an optimal solution to conditions of sound and meaning. What is the scope of this inquiry? Which aspect of nature does this science investigate? What is its relation to the rest of science? What notions of language and mind are under investigation? This book is a study of such foundational questions. Exploring Chomsky's claims, Nirmalangshu Mukherji argues that the significance of biolinguistic inquiry extends beyond the domain of language.Biolinguistics is primarily concerned with grammars that represent just the computational aspects of the mind/brain. This restriction to grammars, Mukherji argues, opens the possibility that the computational system of human language may be involved in each cognitive system that requires similar computational resources. Deploying analytical argumentation and empirical evidence, Mukherji suggests that a computational system of language consisting of very specific principles and operations is likely to be involved in each articulatory symbol system--such as music--that manifests unboundedness. In that sense, the biolinguistics approach may have identified, after thousands of years of inquiry, a specific structure of the human mind.