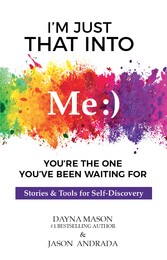 Moonlight casts shadows into Derek’s bedroom through the French doors. The body next to me is snoring. Oh yeah, I must’ve passed out after we had sex. I struggle to remember the details of the night. Derek took care of my hand. That’s right, when we got back to his house, he put antiseptic on it and wrapped it in gauze. He loves me. I feel the smile creep across my face in the dark.

My hand. I touch my palm where the pain is located. It’s swollen and the wrap is saturated. I crawl out of bed and tiptoe to the bathroom.

Oh my God. My hand is a mess. There’s a large, deep groove in my palm, exposing pink flesh in the valley where it’s split. I need stitches.

I don’t want to wake Derek, but I have to get this taken care of.

“Derek.” I gently nudge his shoulder.

“I think I need stitches. My hand is really bad.”

“Okay.” He rolls over and drifts back to sleep.

“Derek, can I use your car to go to the hospital?”

“Huh? Yeah, go ahead.” He mutters and drifts off again.

I find an out-of-the-way place to sit in the emergency room of the University of Washington Medical Center, the closest hospital to Derek’s Queen Anne hill home that I could think of. It’s 8:03 a.m. on my phone. Derek will probably still be sleeping when I return. I hate not being able to come and go as I please. I’d have my car with me if I hadn’t agreed to let Derek pick me up at my apartment on Capitol Hill. But I couldn’t resist a ride in the Lamborghini his dealership recently acquired. Even though he deals in luxury vehicles, he’s still just a stereotypical used-car salesman. Sometimes I can barely tolerate listening to his feigned interest on the phone with his clients, knowing that as soon as he hangs up, he’s going to tell me all about what idiots they are, because he thinks most people are idiots.

I keep ending up in relationships with jerks who are unavailable. Whether they’re pining over some ex-girlfriend, or longing for some girl who doesn’t want them, or not ready for a relationship, or in Derek’s case, never want to be in a committed relationship again because his ex-wife broke his heart, it’s all the same. Unavailable. Oh sure, they’ll have sex with me and even be in a relationship with me, but no matter who it is, they’re never fully in it.

After decades of analyzing myself and hundreds of self-help books, not much has changed. Here I sit, alone, in the ER, even though I have a boyfriend.

I would never let him go to the hospital alone. I would be there, by his side, every step of the way. So why do I make it okay for him to not be here for me?

A tall man with sandy-brown hair, a husky build and a boyish face sits across from me. He’s not someone I would normally find attractive, but there’s something about him that grabs my attention.

He smiles at me.

“Hi. What’ve ya got there?” I point to the large plastic-covered frames that are leaning against the bench next to him.

“A couple of art pieces I’m donating to the hospital.”

“Sure.” He pulls the clear covering off each canvas and supports them side by side for me to view.

They’re gorgeous. Vibrant colors on canvas. A blend of paint, paper, cloth and possibly metal? I’ve never seen anything like it.

“Wow, those are amazing. Where’d you get them?”

“I made them. I work primarily in mixed-media. That’s a combination of different—”

“I know!” My enthusiasm gets the best of me. I knew there was something special about him. Of course there is, he’s an artist. I’ve always treasured creative expression in all its forms. As a child, I remember being emotionally moved by the words in books and wanting to be an author who changes lives when I grew up. But growing up in poverty has a way of persuading you to do the practical. So, instead of pursuing the life of a starving artist, I got a business degree, climbed the corporate ladder like a good little minion and joined the ranks of the Chief Executive Officer community. At age 35, I enjoy the recognition for successful direction of a large financial corporation, but I rarely see my beautiful apartment and I feel less fulfilled than I ever imagined.

“Trent.” He extends his hand. “So, are you an artist?” His slightly-raised eyebrow and dimpled smile are adorable.

“No, but I love art and my company has been looking for new mixed-media pieces for our building in Bellevue. I’d love to connect you with our buyer.”

“Well, thank you, Anne,” Trent says. “Ya know, maybe our paths have crossed for a reason.”

I feel it, too, like our meeting has been divinely orchestrated.

“I think you may be right about that.” I look directly into his eyes, green, like the color of seafoam. They say the eyes are the windows to the soul. I don’t know who they are, but I do think there’s some truth to that. He’s handsome, not like a hunk, more like a classic gentleman.

“What happened to your hand?” He’s staring at my bandage.

“How’d that happen?” His voice is comforting and the gentle concern on his face compels me to tell him more than I probably should.

“It was stupid. I drunkenly climbed a barbed-wire fence. It was my boyfriend’s idea, and then after he saw my hand, no surprise, he changed his mind.”

“What? Why were you climbing the fence?”

“Well, that’s the really dumb part. We were at a bar and we went outside so he could smoke a cigarette. When he finished, there was a line to get back in and he didn’t want to wait. So, I followed him to the back of the building, where there was an eight-foot fence and he told me to go first, that this was how we were getting back into the club. I was terrified. I told him no way, but he insisted and made fun of me for hesitating. So, I climbed the fence.”

“He sounds like a jerk.” Trent’s face looks protective, like a big brother who’s plotting to kick some ass.

“It’s my own fault for going along with it.”

“That may be true, but it’s his responsibility as a man to protect you. Not to put you in harm’s way,” Trent says authoritatively. “He’s not a man. He’s a jerk. Sorry, but I don’t like him. Where is he now? Why isn’t he here with you?”

“I’m sorry I got so upset, it’s none of my business. I just hate it when guys treat women poorly. It’s not right.”

Trent leans back in his chair.

“Trent Jack?” says a woman in a lab coat as she approaches us. “I’m Doctor Casey.”

“That’s me.” He grabs his art, stands up and looks in my direction.

“It was a pleasure meeting you, Anne. Please take care of yourself.” He reaches into his coat pocket. “Here’s my card. Let’s get together sometime. Give me a call, okay?”

As I watch Trent walk away, I feel like something important just happened.

I try not to wake Derek as I crawl back into bed. I can’t believe I needed five stitches. Well, at least they used the dissolvable kind, so I don’t have to go back to the hospital and have them removed.

I can’t stop thinking about what Trent said. Is Derek really a jerk? Is it the man’s responsibility to protect me? That’s just old-fashioned nonsense. Women are empowered to be independent. I don’t need a man to take care of me. I can take care of myself. But I want to feel safe in his arms. I crave it. Hmm.

Derek rolls over. He squints his eyes at me as he adjusts to the daylight coming in through the window.

“Don’t you remember? I went to the hospital. I got stitches.” I show him my bandaged hand.

“Oh yeah. Come here.” He reaches around my waist and pulls me against his warm body. I wish he wanted to hold me, look me in the eyes, and tell me how much he loves me. But romance isn’t his thing.

He tugs at my pants and rolls on top of me.

“Tell me you want me,” he commands.

Ugh. I hate talking during sex.

“Like you mean it.” I feel his arms tense up around me.

I hate it when he’s aggressive. I want to make love … I don’t want it like this. Oh, stop it, Anne. Grow up. Do you want him to think you’re no fun?

“That’s better,” he says, pleased with my compliance.

I’m gone. I move my body at the right times and in the right ways to keep up the charade, but I’m no longer there. I retreat to my familiar place of numbness where everything is fine—that place where what’s happening has no power.

The clanging of pans echoes from the kitchen.