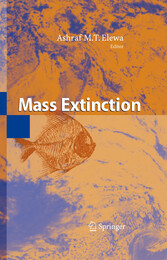 
Ashraf Elewa is currently a professor at the University of Minia, Egypt, from where he earned his B.Sc in Geology and his M. Sc. in Lithostratigraphy and Paleontology, and finally his Ph.D. in Micropalentology. His fields of research range from paleontology to traditional  and geometric morphometrics and systematics and evolutionary trends in ostracoda.