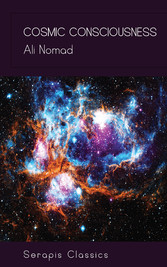 Man is essentially a spiritual being. The source of this spiritual Omniscience we may not, in our finite intelligence, fully cognize, because full cognition would preclude the possibility of finite expression. The destiny of man is perfection. Man perfected becomes a god. 'Only the gods are immortal,' we are told. Let us consider what this means, supposing it to be an axiom of truth. Mortality is subject to change and death. Mortality is the manifest-the stage upon which 'man in his life plays many parts.' Immortality, is what the word says it is-godhood re-cognized in the mortal. 'Im' or, 'Om'-the more general term-stands for the Changeless. Birthless. Deathless. Unnamable Power that holds the worlds in space, and puts intelligence into man. Biologists, even though they were to succeed in reproducing life by chemical processes from so-called 'lifeless' (sterilized) matter, making so high a form of manifestation as man himself, yet could never name the power by which they accomplished it. Always there must remain the Unknownable-the Absolute...