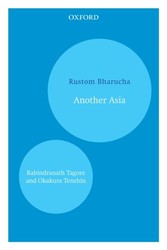 The book weaves through an intricate tapestry of ideas relating to pan-Asianism, nationalism, cosmopolitanism, and friendship, and positions the early modernist tensions of the period within-and against-the spectre of a unified Asia that concealed considerable political differences. The book draws on pan-Asian works such as The Ideals of the East and The Awakening of the East, in counterpoint to Tagore's radical Nationalism. The book, offering new insights into the ways in which the Orient travelled within and beyond Asia stimulated by emergent modes of vernacular cosmopolitanism, will appeal to students and scholars of cultural studies, South Asian postcolonial literature, literary theory, and performance studies, as well as general readers.