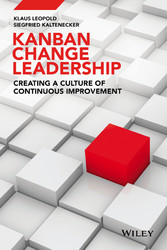 As I sit here at home in the summer of 2014 contemplating the next few years of for my business, my family, and my personal life, I realize that perhaps my children aged 12 and 9 will never actually learn to drive a car, unless they choose to do so for purely recreational purposes. The driverless car is now technically viable and commercial models may appear within the decade. The driverless car is truly a discontinuous or disruptive innovation. It will change the way we live and the next generation of adults will know a truly different lifestyle and society to the one I have grown up in. In a world of driverless cars, what is the difference between a family car, a rental car, and a taxi? Perhaps there is none? How will that disrupt existing businesses and existing lifestyles? What shifts in society will it enable?

Unlike the electric car, which uses an electric motor and lithium ion batteries, the driverless car is a truly disruptive and discontinuous innovation. The change to electric motors is on the other hand merely a continuous innovation. It doesn’t disrupt the market; it merely offers an alternative technology for an existing system and operating model. It does shift the market for energy supply and it shifts the demand on natural resources, encouraging lithium mining rather than oil drilling, but life for everyday citizens doesn’t change that much.

The technology industry tends to discard the value of continuous innovation—doing things better rather than differently or in a new and previously unavailable or unconsidered fashion. However, consider the world through the eyes of a 12-year-old. Children today assume that screens are touch sensitive and that they can interact with a device through the screen. They do not remember a world before the iPhone or the iPad. They’ve grown up in a broadband connected world. A rotary dial telephone is alien to them as is the concept that telephones are connected to the wall through wires. Continuous innovations can be easy to adopt because they don’t require a huge change in lifestyle or business model. People with mobile phones simply upgraded to the latest model of smartphones and started using the touch screens, but the combination of ubiquitous broadband wireless data and high-definition color touch screens, available as smart handheld devices, did provide tremendous opportunity for change.

Continuous innovations—making things better, easier, and cheaper—commoditization, and democratization are all around us every day. Discontinuous, disruptive innovations come along every few years but the pace of these disruptive changes is accelerating. Each generation of technology innovation seems to help accelerate the pace of the next generation of discontinuous, disruptive change. Meanwhile, the world population is growing and the level of education is improving. More brainpower the world over means more knowledge workers producing more new knowledge and faster and faster innovations.

For the leaders of today’s businesses this pace of innovation presents a huge challenge: business models that were solidly profitable for decades or even centuries and being threatened and disrupted. Uber is disrupting the market for taxis, a business model that is 120 years old, but only 5 years from now, driverless cars will disrupt Uber. Large businesses survive for shorter and shorter periods of time. Who would have thought, 10 years ago, that Nokia would have lost the mobile phone market and all but ceased to exist? Resilience is the new challenge for the senior leadership of big businesses.

How do you create a resilient business? How do you survive and thrive in a world that is moving so quickly where continuous innovations threaten your products and services on a monthly basis and discontinuous innovations threaten your business model every 2–5 years? The modern business must be able to change frequently and rapidly. It must have a core capability to enable and manage change. A modern business must be capable of evolving to adapt to a changing external environment full of new innovations.

When threatened with declining markets and possible extinction, businesses need to be able to experiment with new products, new services, and new models of service delivery. In turn, they may want to set the pace and stay ahead by producing their own, mostly continuous, innovations in products, services, and service delivery models. Innovations can provide a competitive edge. They can make the difference between surviving and thriving or declining and failing completely.

When a business wants to innovate, it almost certainly requires IT. IT projects are born out of a desire for a business to innovate or quickly catch up with a competitive innovation. IT projects are about change, and the service delivery from IT can provide a competitive edge if innovations can be delivered rapidly, at low cost, and with predictable outcomes. Equally, businesses can’t always predict which ideas will work in the market and which won’t. Evolving to stay fit for purpose requires experimentation—like generating several mutations of a species and waiting to see which produces the better result. As a result, there is almost infinite demand for IT projects because they represent experiments and guesses. The more bets we can place and the faster we can place them, the more chance we have of surviving and thriving. A strong capability in IT has become a core part of a strong adaptive, evolutionary capability in a business. Strong, fast, reliable, predictable IT services are now core to enabling resilience. More than ever, senior executives are pressurizing IT departments for more work and more services, delivered faster and with greater predictability and ideally at lower cost. When you don’t know which options will work, you’d prefer to have lots of them at a low cost per option.

So, the new world of twenty-first-century business involves an ever faster pace of innovation and a greater need than ever to respond to a changing environment with new products, services, and service delivery models. Business must be capable of adapting quickly in order to remain fit for purpose. Resilience requires a strong ability to change. Change management is now a core business skill for survival in the twenty-first century!

The Kanban method was born out of the synthesis of two ideas to solve two different but related business problems. The first problem was tendency to manage IT projects in large batches and to commit too early to specifications when the requirements were still uncertain. In 2004, I introduced the concept of a virtual kanban system, with an IT department at Microsoft. The concept of kanban systems was adapted from Toyota’s use of them in manufacturing industry. Kanban systems force deferred commitment, limiting the work in progress, preventing businesses from committing too early to things that are uncertain. Kanban systems force a discussion about what should be started now and whether we have enough information to start now versus what should wait until later and until more information is gathered or what should be discarded altogether. Kanban systems have a vital role to play in a world full of increasing pace of change and lots of uncertainty.

The second problem was a very human problem. People in IT departments were resistant to adopting new methods and processes. About a decade ago, I concluded that this resistance wasn’t simply explained away as laziness or bad behavior; it was actually core to the human condition. The people were resisting adopting new methods and processes because they were wired to do so. So I asked myself, what would be easier to change, the design of the humans or the way we manage change and the introduction of new working practices? I concluded that we needed a new approach to change management: we needed an evolutionary approach to change.

In the English-speaking world, change management is dominated by the model developed by the McKinsey consulting firm. This model of prescribing a defined process or designing a new process to replace an old one, and then managing a transition from the old method to the new, has been around for over 80 years. It seemed to serve manufacturing industry and related physical goods industries such as distribution or retail rather well. Despite the ubiquitous nature of this model among large consulting firms working in the IT sector, I concluded that it was an obsolete model that wasn’t compatible with the human condition. Trying to impose change on knowledge workers and creative people was simply a recipe for invoking passive–aggressive resistance. Instead, we needed a way to “start with what you do now” and evolve from there, and it had to be a way that engaged the people doing the work and made change and improvement an everyday concern for them. It had to self-motivate change from within, not some change imposed by change agents from the outside. The industrial engineering model of the twentieth century was out, and self-motivated, management driven improvement was in!

In 2007, these two ideas came together in a synthesis that we now call the Kanban method. Kanban systems and visual boards are key enablers of a culture of continuous improvement. It turns out that visualizing invisible work on what has become known as a kanban board and deferring commitment through use of a kanban system are catalysts of employee and manager-driven process improvement. Change driven from the shop floor and undertaken as part and parcel of the everyday work of the organization produces just the...